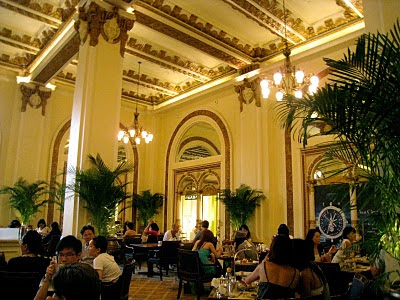 The lobby of the Peninsula Hotel
Although we had planned on going down to Stanley for the dragon boat races, my mom and I ended up napping after this morning's Exec meeting and then going to eat good food.  Oh well - hopefully I'll get to see it another time.  When talking with some locals, it seemed like most Hong Kong people don't end up going to see the races in person anyways, so I suppose we engaged in a more "national" activity.

We had afternoon tea at the Peninsula Hotel (香港半島酒店), located on the Kowloon side in Tsim Sha Tsui.  When my brother and I were younger, my parents took us here for the special treat of "ha mm cha."  The hotel is the oldest surviving one in HK, built in 1928, and I'm thankful that the city has retained it considering its habit of giving itself a perpetual face lift.  The tea is English style, which reminds me of the city's past...  and my love for a good cream tea.  Their Earl Grey is quite nice, with a strong taste of bergamot. 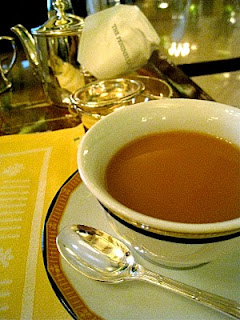 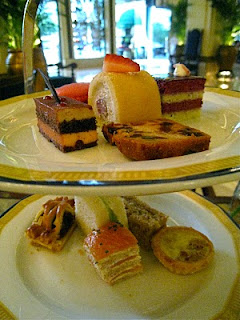 Having this experience while we were young was a blessing that I didn't grasp until I got older, and this time around my mom mentioned the cost of luxury.  She considers the ideal lifestyle one in which money is not an issue: you have enough to have the freedom to do what you'd like.  Although it's true that being well off probably means fewer worries, I'm not sure if I would necessarily hold that as a personal life criteria.  Lately I've been thinking about what is "enough" to live on.  Would I be upset if I couldn't have afternoon tea and dress up to check out the latest restaurant?  Life of luxury, life of simplicity...

After a pensive tea, we climbed on the Star Ferry to cross Victoria Harbour.  Before last week, it had been at least 10 years since I had taken one of these, when I had been barely tall enough to look out the upper deck window.  The ferries, which first started crossing the waters between Kowloon and Hong Kong Island in 1880, are still their signature worn white and green.  The waters were a bit bumpy and the sky was thick with pending rain, but we still got a good view of the skyline. 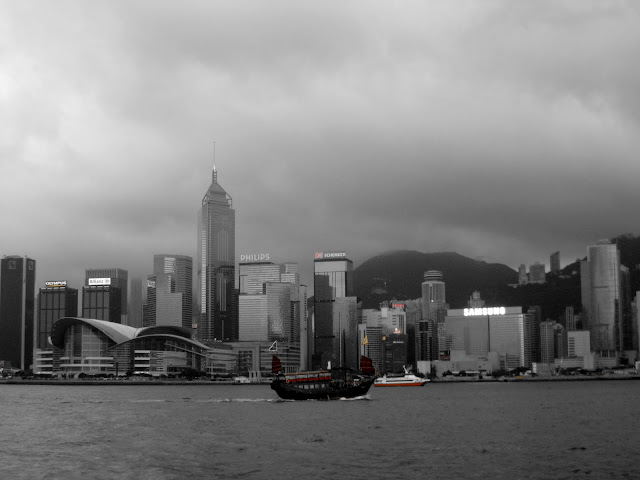 Email ThisBlogThis!Share to TwitterShare to FacebookShare to Pinterest
Tags: family, food, Hong Kong, to do, travel