To the Graduates: A time capsule of life and advice 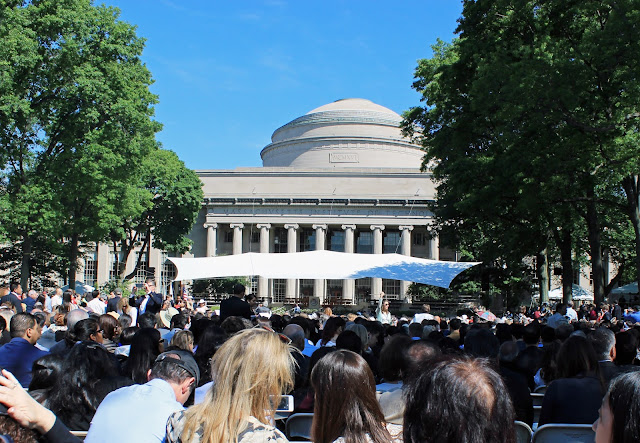 From a time when we could attend commencements in person and get sunburned. Photo by the author.


Graduation ceremonies were pretty different this year. Instead of baking under the sun or freezing in the rain, friends and family members sat in front of their computers, dressed in their caps and gowns. Their names were not mispronounced in front of their classmates and colleagues. Speeches were shorter than usual, since giving (or watching) Zoom speeches can be ... well, you know. Acting as dean, my cousin moved the tassel of his daughter’s mortarboard from one side to the other. She and many others have graduated, but this year's milestone was muted by pandemic, injustice, and unrest.


In these strange times, I offer the words of friends who, four years ago, shared glimpses of their college lives with me. For various reasons, those words had been forgotten and unread until now -- but I am so glad I rediscovered this treasure trove. Although these friends wrote during pre-pandemic times, their stories remain relevant. They spoke of uncertainty and disillusionment. They spoke of hope, and even assurance, in the midst of the expanse of life ahead of them.

Here I have included a curated portion of their responses, which are lightly edited but still speak for themselves. I only regret that, for attention span's sake, I am not able to include more of the words and stories I received. (I originally asked sixteen questions.) Some of the participants permitted me to use their first names or first initials, while others chose to remain anonymous. See the bottom of the post for some more information about them.

Whether you are in the class of 2020, the class of 2016, or are simply going through a transition, I invite you to explore this time capsule with me.

And in the time-honored tradition of graduation songs that stir up memories and nostalgia, I've included some musical accompaniment for this look to the past, in order to look forward.