see miscellaneous, adj.
(Of items or people gathered or considered together)
of various types or from different sources.

- Origin -
early 17th century: from Latin miscellaneus
(from miscellus 'mixed', from miscere 'to mix') + -ous.
In earlier use the word also described a person as 'having various qualities'.

// From the Oxford English Dictionary

Miscellanea: One of my favorite words, and one that well describes the many open tabs in my browser, the lists of links to check out that accumulate in my Evernote (that virtual trunk of stuff).

I've unearthed some of the interesting bits, so here are 5 links that have caught my eye in the last couple weeks, a mix of serious, random, and fun:

1 million Americans with an illness we don't really understand too well, and why

A family remembers their vibrant daughter Phoebe, who died earlier this term at MIT

Competition comes to the kitchen, and we the roaring fans


Another late night, and another singer-songwriter!  And lest you think my musical tastes run one genre wide, take a listen.  Gueldy René is different.  In his own words, "My guitar is my weapon, and peace is my goal."  He's fighting prejudice, injustice, corruption, and poverty with his music.  Whew -- makes me feel lazy in comparison!

Gueldy is from Bois Neuf on the outskirts of Cite Soleil, Haiti's largest slum.  The place has a violent reputation, but he and others are trying to change that.  I first heard about Gueldy from friends and acquaintances working in Port-au-Prince.  They launched an Indiegogo campaign to help record his first album, and with the help of many backers he's on his way to the studio!

While I've never met Gueldy in person, his charisma in the video above -- a song written in the wake of the 2010 earthquake (with a great little back up singer) -- and in others makes me like him a lot.  But it's his lyrics and the meaning behind his songs that really launch him beyond just "nice" music.

Here there is a clip from his song "Konbit," a Creole word for cooperative communal labor that is the essence of community and working towards a future together.  The lines that struck me the most:

"The winds of change are coming.

The song calls for education, for governmental accountability, for mutual respect, for "democracy free of demagoguery."  Even for clean canals and planted trees.  It seems like a laundry list of impossibilities, but there's progress being made through various communal efforts (like Konbit Soley Leve) and the help of outside organizations to get things rolling.

Back in 2011, I visited Haiti for a research fact-finding trip (or, a "I don't know what I'm getting myself into but here goes!" kind of trip).  The Tall Man (at the time my Tall Boyfriend) and I were too chicken to visit Cite Soleil during most of the week, but we finally threw reservations to the wind when we were given the opportunity to tag along with friends from Haiti Communitere, the NGO we were staying with.

What had I expected?  Maybe something scary?  I had been to various parts of other development countries before, but never in a post-disaster situation and never feeling so out of my element and exposed.  I have written a bit about this before but will write again that what I found was stunning. 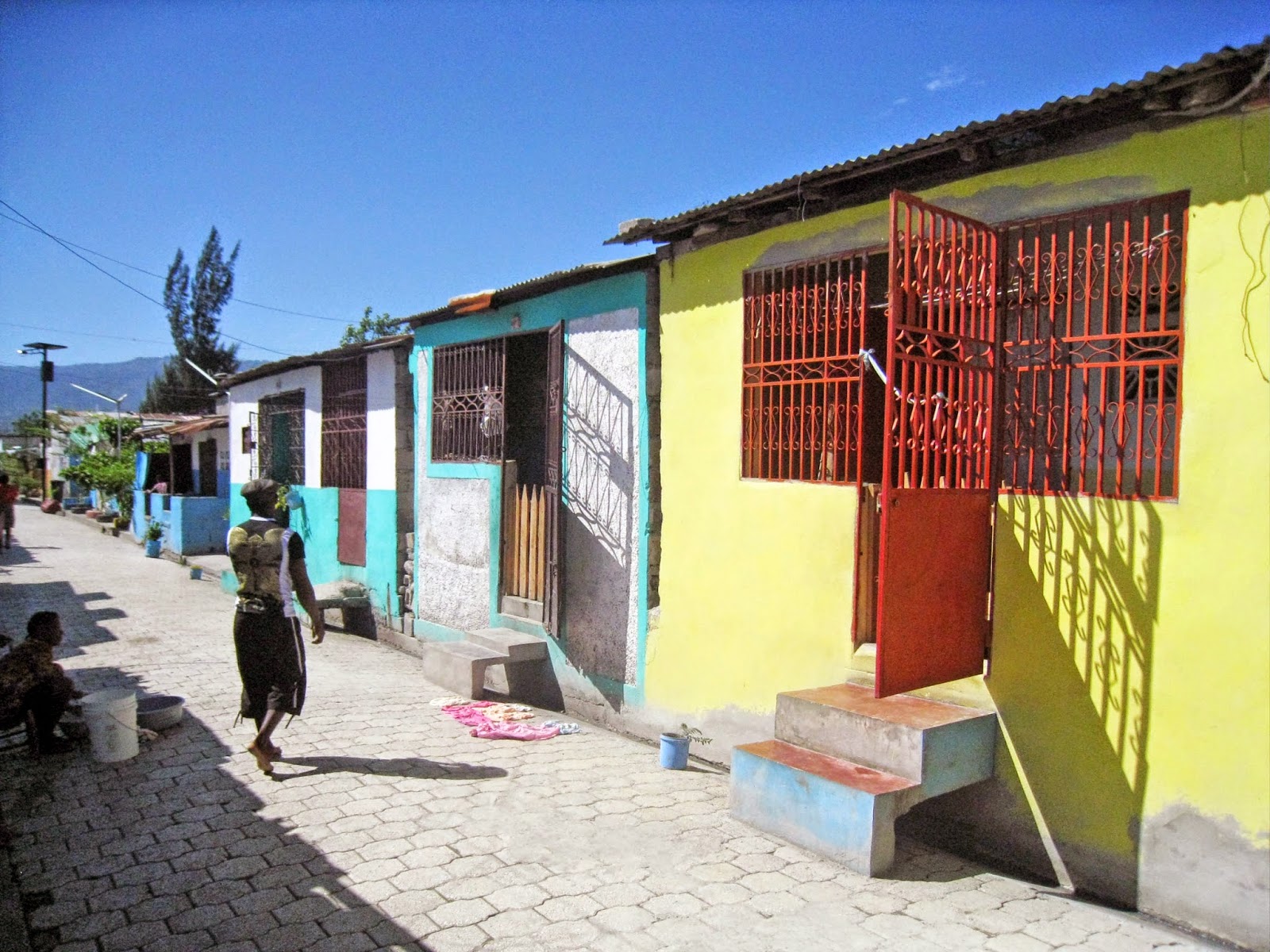 One of my favorite photos from the trip

Clean, paved roads.  Planters with trees and saplings along the drainage trenches.  A nascent recycling operation to encourage people to clean out the clogged canals and earn some income.  This was accomplished with the initiative of a then-13 year old who was tired of having his shoes reeking with the stench of sewage and wanted things to be different.

So the neighborhood of La Difference within Trois Bébés in CS transformed over time with tireless work from the community, and more neighborhoods are undergoing change as you're reading.  (There is even a Cite Soleil Peace Prize!)

Change (chanjman in Creole) comes with a soundtrack, and one of those voices is Gueldy's. 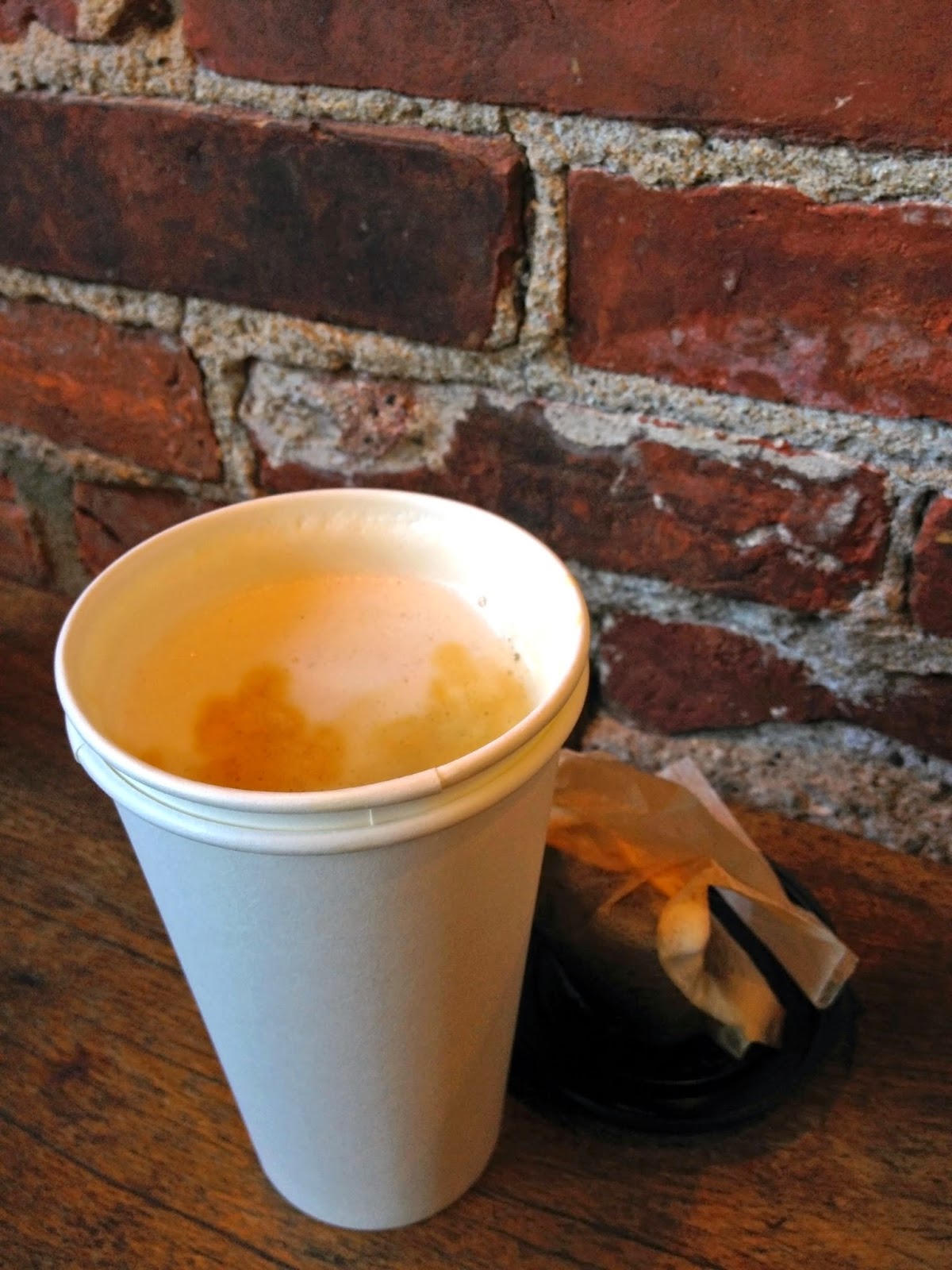 A "London Fog" brightens up a day in Boston

I find God in the unexpected,
those situations that seemed trivial:
a passing comment,
a line from a movie,
an image on a screen.
Serendipity turns spiritual in unguarded moments
because God chooses to speak to me
through the unexpected.
_ Kwasi Kena, in The Africana Worship Book, Year C


A friend of mine often reminds me to look for and savor the little joys of life.  Lately, though, I've found this harder to do.

After two weeks of being relatively home-bound due to recent health complications, I've gotten fed up with blobbing on the couch while the world seems to speed on by.  Don't get me wrong -- I do still love my Food Network and podcasts, which have been constant sources of entertainment while I haven't been able to do much else.  But this life standstill has also felt like another endless roundabout in an even longer journey to my goals.

Today, though, I was able to do a bit more than in recent days.  The Tall Man and I took advantage of this crisp autumn day -- a relief from recent rains -- and sojourned across the bridge into Boston.  Our destination was one of my favorite cafes, Pavement Coffeehouse.

Although I was exhausted by the time we got there, the aroma of freshly-brewed coffee cleared some of that brain fog.  I knew I wanted tea -- after all, it was technically tea time -- but instead of my usual herbal option, I took a detour when the barista mentioned a drink called the "London Fog."  It's really just a dressed up Earl Grey tea latte (with milk, vanilla, and perhaps a sweetener), but the name and the add-ins made it the perfect treat to crown this excursion.

I had mine made with soy milk, so some might say this rendition was a cross between a Manchester Fog and Winter Fog (according to this list-happy Wiki).  And the drink actually originated in Vancouver, Canada, despite its British-leaning moniker.  Whatever.  I didn't discover these facts until I returned home.  In the moment, I just savored the sweet smells of vanilla and honey, intermixed with the citrus-y freshness of bergamot.

It was in that moment that my friend's words came to mind.  This little glimmer -- a London Fog moment right here and now -- was there to put some joy in my heart.  I needed it.  Or I needed to be able to see it.

This honest poem by Kwasi Kena, professor at Wesley Seminary (and jazz pianist!), well captures that delight of small discovery, of finding the divine in the mundane.

Head to the Upper Room to read the full poem, included in one of their daily devotionals.  It's worth it!
Posted by eLG @ 01:25 No comments: