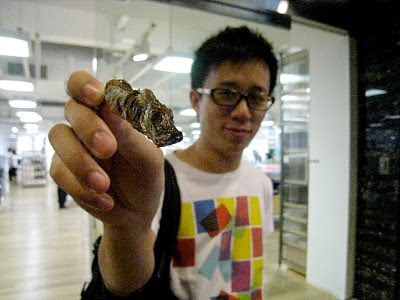 One thing that I haven't been able to get used to here in Hong Kong is the... odd snacks that people tend to eat.  Mavis coined it as "culture shock," as she bought some marinated dried fish (whole) from Muji and began snacking on them outside the store.  I'm just not a huge fan of eating entire fish in general, so the idea of eating them like chips is still a habit I probably won't likely partake in, although it makes for interesting photo opps. 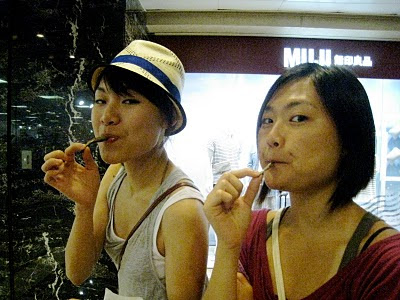 It reminded me a bit too much of this poor fellow Dan and I found dead on the beach in Stanley: 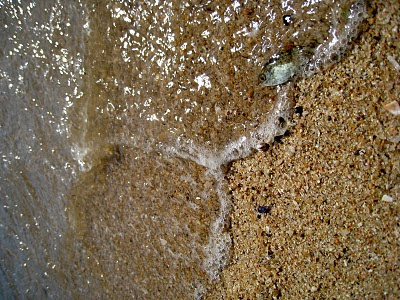 In the office, we have a snack bin filled with many sweet things, along side preserved pigeon eggs and dried squid.  These snacks, I don't have a particular problem with, although I do find it funny that the equivalent in the States would be boring chips and cookies that were never once alive.  (At least, not in the same sense as a squid or a fish were.)