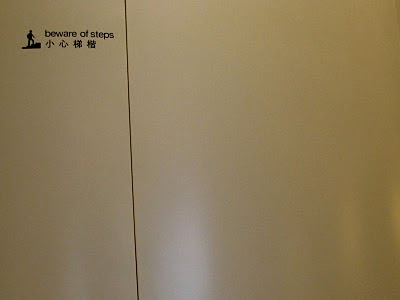 I was laughed at for taking the above picture, but I suppose it's a good introduction to the danger of steps: there are a lot of them.  And they are tiring.  Hong Kong's terrain changes quite rapidly, especially in the area between Central, Soho, and the Midlevels leading up to Victoria Peak.  And sometimes they are maddingly the only place to sit, like in the IFC. 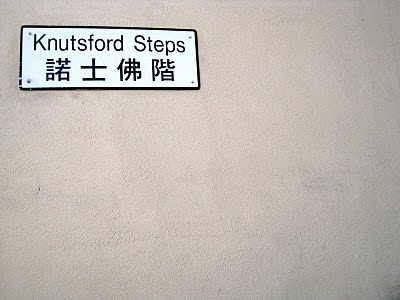 Some steps have funny names.  Knutsford?  (Found in Tsim Sha Tsui.)  This doesn't even ring a bell with HK's British legacy. 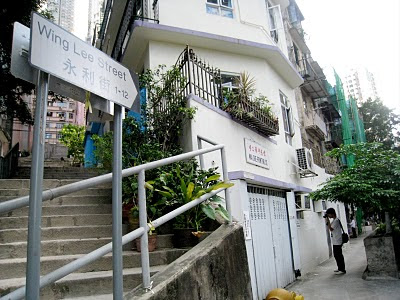 Trekking around in the Soho/Midlevels area, there were seemingly miles of steps up the slope.  I was trying to find Wing Lee Street, which was recently featured in a NYTimes article as one of the rare places in HK that actually has retained a sense of the past with some of the oldest tenement buildings in the city.   (More photos later.)  Nearby were more steps following the pathway of Sun Yat Sen through HK. 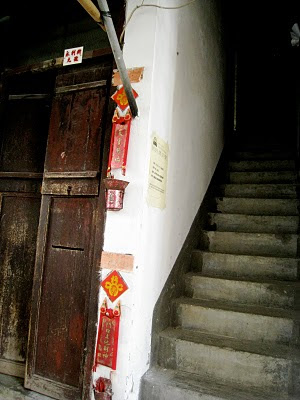 Thankfully I don't have to walk up these steps everyday to go home.  These lead up to 2nd floor balcony homes above shopfronts along the street. 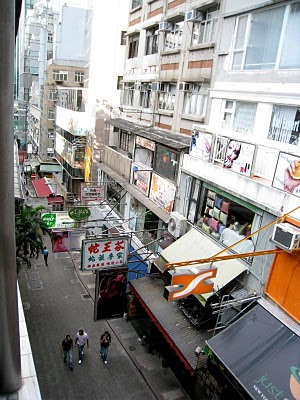 At the end of walking around all day, exhausted tourists at least have the relief of riding on the moving escalator through Central.  At least we got our week's worth of exercise in a few hours on HK's Stairmaster.