Having visitors gives me an excuse to be touristy in HK, and I think I truly have been more of a tourist with my picture snapping tendencies than the friends now in town.  Dan and Joseph, both from MIT, are here for the weekend, and it's been fun hanging out and showing a bit of what HK looks like.  Dan's been here before, so it wasn't such a rush to go and see all the major landmarks.  Some sights along the way thus far: 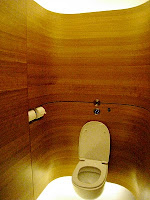 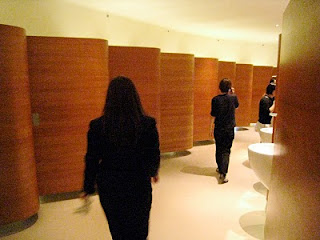 1_ One of the nicest bathrooms I've seen, in Hong Kong or anywhere else.  These are in Pacific Place (as recommended by Jordan and Otto), the interior of which was redesigned by Thomas Heatherwick  (who did the British Pavilion at the Expo).  I had to be incredibly discrete when taking these photos...  and believe me, I waited a while at the entrance to snap that one shot of the stalls, making sure no one was looking at me so I didn't seem so shady... 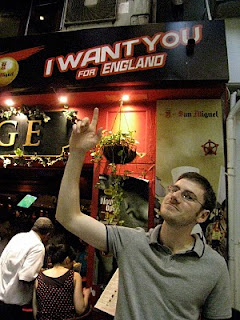 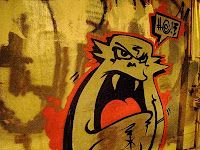 2_ Tromping around Lan Kwai Fong and possibly being more interested in the back alleyway graffiti than the bars themselves.  (Cheesy photos are a must, though, especially among all the other tourists there.) 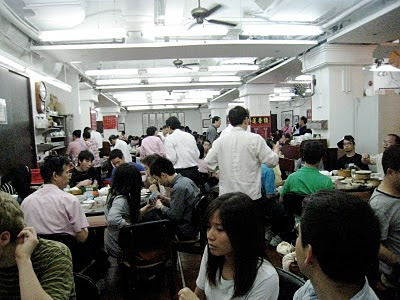 3 _ Dimsum at Lin Heung Tea House in Central, one of the last old school dimsum restaurants in Hong Kong.  Kian and Natalie were saying that it's a snapshot from the 60s, reflecting the traditional foods and ways of serving dimsum that most restaurants have moved past by now.  This was my first experience with this older style of dimsum and it was exciting!  Basically, you're crammed at a table with strangers and have to run up to get your own food from the food carts.  Since everyone else is also running up to get some, you sort of have to scramble to get the attention of the cart pusher, so she will stamp your meal card and give you the dishes before other people grab them.  It's sort of... a massive free for all.  Awesome! 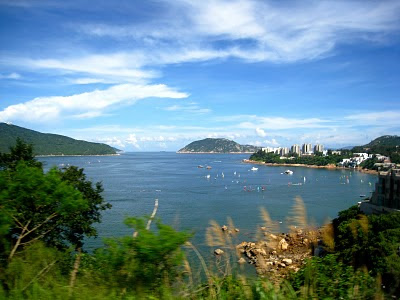 4 _ A daytrip to Stanley, an old fishing village turned tourist attraction at the southeastern part of Hong Kong Island.  It was also the site of China's last stand, before surrendering to the British.  The bus ride down there in itself has some brilliant views, and despite the tourism, it's a great relief from the urbanity of the city.  However, the vestiges of consumption still manage to find you no matter what: 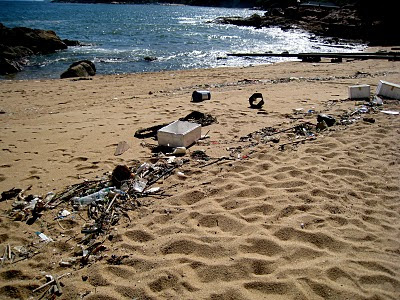 (We didn't stay at this beach...  for obvious reasons.)  There is a military cemetery there, and since I'm strange and like cemeteries, we hiked a bit around and also got to sit on the grass for a bit as a break from the intense sun and walking. 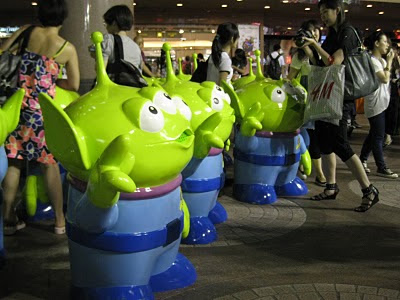 5 _ Witnessing aliens landed and huge toys at Causeway Bay's Times Square building, with a huge installation for Toy Story 3.  Outside was also a towering Buzz Lightyear, while inside the atrium sat an enormous replica of a play house with a mini exhibition and other toys to pose with.  I have more pictures but will post them later.  Needless to say, it made me even more pumped for the upcoming movie, which will soon come out in HK.

Email ThisBlogThis!Share to TwitterShare to FacebookShare to Pinterest
Tags: food, friends, Hong Kong, to do, travel