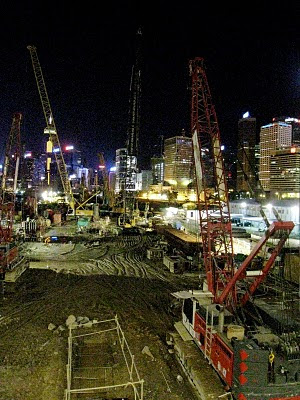 Walking across the skybridge between the Star Ferry terminal exposes one of the most apparent ways that Hong Kong is remaking itself.  The city is known for its frequent facelifts, but this one is a pretty major one, the new harbour walk from Central over through Wanchai on the Island side.  The construction site blockades have been used to showcase the new visions for the area.  Now these images are a bit faded, but this doesn't deter the average citizen from making their own commentary on the city's actions: 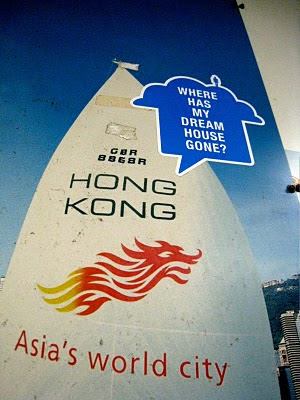 HK's most recent motto, with perhaps a new subtitle. 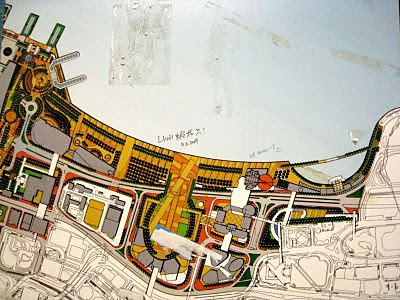 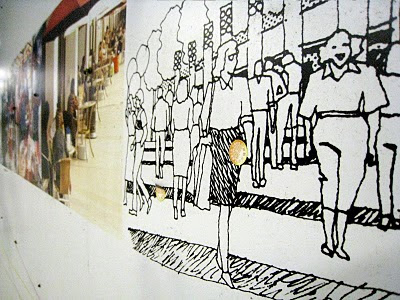 Would this receive praise or criticism if presented in our studio reviews? 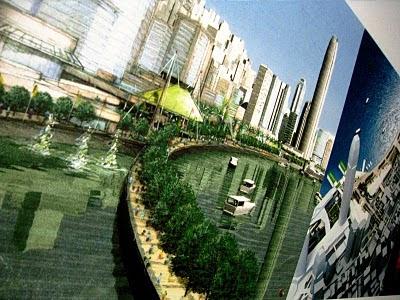 Nostalgic, perhaps...  where have all the floating communities gone?
It was interesting to see these visions of new Hong Kong right before browsing through postcards, the ones you see at every tourist trap with the same typical images of an electrically lit Hong Kong.  I looked more closely, though, and noticed that actually, the photos on the cards were taken many years ago.  Some of the buildings on them no longer exist, while newer ones like the IFC have yet to make their mark.  Somehow, the old Hong Kong persists in the nostalgia attached to touristic HK, even as the city attempts to create a new futuristic image for its place on the world map.
Posted by eLG @ 13:46