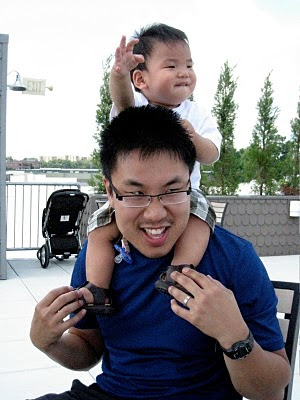 My recent homecoming pales in comparison to the recent arrival of my brother, sister in law, and nephew, who have been away in England for the past 2 years (well, Isaac I guess only 9 months) and have just returned shortly before I arrived.  The last time I saw the little guy above (the top one, not the one below) was when he was 3 months old, so in that short period of time he's grown so big!  He's much more expressive now and also more energetic, so we get tired out from running after him as he crawls or struggles to squirm away during diaper changes.  I've also learned that I have to be a bit less vain about my wardrobe, since whatever I wear ends up getting covered in drool and mashed up food. 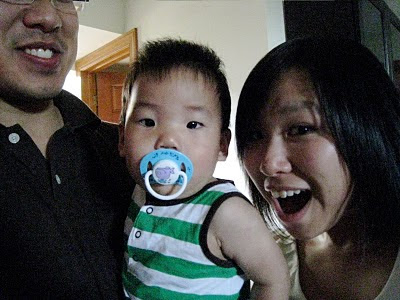