Snapshots from our one full day in and around Kyoto: 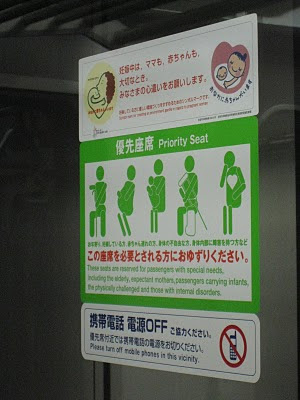 Traveling as a group of 13 people can be difficult at times, but we were limber enough to climb up the mountainside at the Fushimi Inari Shrine to see the thousands of vermillion torii gates marching upwards towards the sky, each in honor of the 2 fox deities of Shintoism: 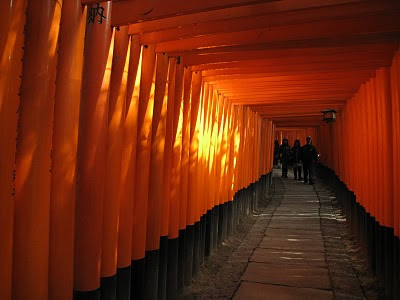 (Although the photo doesn't show it, there were a lot of people around - too bad, since otherwise it would have been quite a peaceful place.)


Our dinner was a lengthy affair over a series of various tempura and other foods such as the most beautiful tomato I've ever seen: 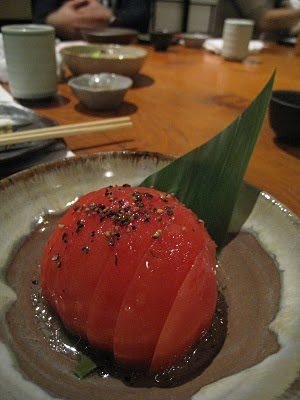 (The taste was also quite lovely as well, and good for offsetting the oil from the deep fried goodness.)

The day started off with cherry blossoms and a distant temple, and concluded with a sprint across the city to squeeze in a night viewing at a well known Zen Buddhist temple with hauntingly beautiful bamboo forest within.

Next stop: the Tane valley, with 14 rural villages northwest of Kyoto. We'll be speaking with locals, living with host families, soaking up the scene, learning about rice cultivation, making presentations, and the like. There's no internet access there, so updates will stop until we reach Tokyo at the end of the week.