in anticipation of a hairy next couple weeks with several projects and midterms to come, a quick catch up on some projects that have passed:

one ] [ the portal of translation 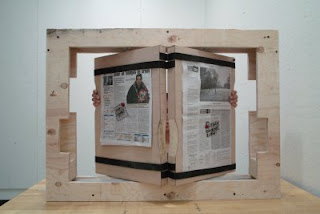 i coined the name for our first project, although i don't think my partner minded. here it is, finally, in its lifesized fabricated glory! and how much we ran around trying to find materials for this thing... that is real white oak veneer over steel plate, so it's magnetic w/o seeming so (gasp!). 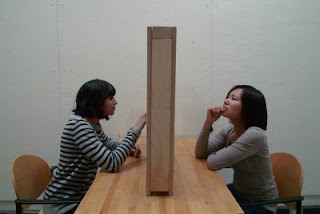 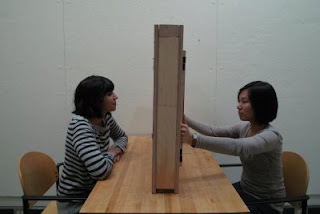 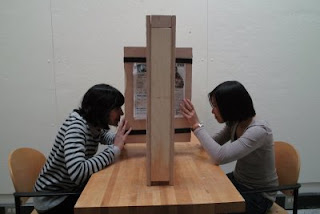 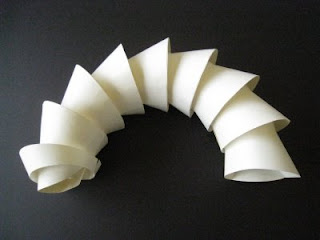 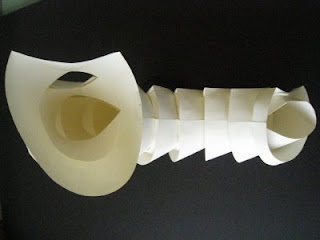 this is my design skills instructor's favorite pastime and the subject of his thesis. hence, we've done quite a bit of rhino modeling surfaces and then trying to make paper behave in the same way. here, i was trying to develop units that would nest to create an arch. 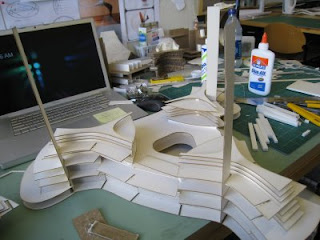 the 2nd project came and went well in the end. the sound pod doesn't look like it could hold books and insulate music listeners inside...but that's what a conceptual model gives you. trust me, i looked at the acoustics and i think it will! (with actual sound proofing instead of air between the slats, of course) 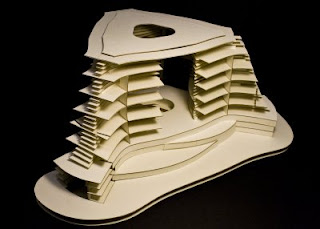 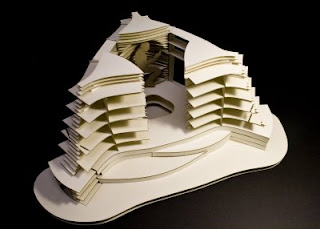 four ] [ field trip
went up to new hampshire to visit the exeter library by louis kahn a couple weeks back - nice break from the city and studio!

five ] [ 1st visitor
brian was up in boston doing some running w/ his alzheimer team, so we finally got to meet up after a year and a half of "i really will visit sometime...really!" it's been a while since we met at masonry camp (ages ago!), but it was fun grabbing a late lunch at brookline diner and hearing his endless apologies for being late.

ok, that's about all i have energy for, for now. daylight savings time!

general mood: sleepy, which i've realized isn't a mood at all
currently listening to: the whirl of my mac's fan, which doesn't keep it very cool
Posted by eLG @ 01:29