Guastavino as a first word 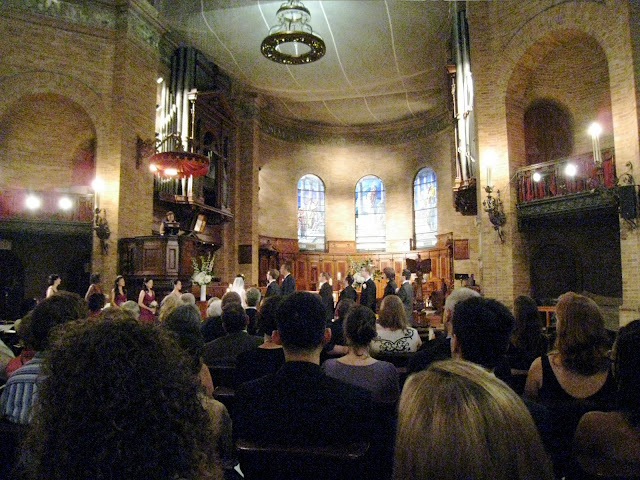 St. Paul's Chapel at Columbia University houses an example of Guastavino's work
I thought that getting tenure meant that professors get to take a breather, but not my structures professor, John O.  Instead, he's been teaching his kids to say "Guastavino" almost before they could say "dada," and now has published a book on the thin brick vault master who inspired some of our own vaults.  Although I'm not sure how much brick laying I'll be doing in the near future, it's still cool to read a feature about his own research outside of teaching and how it has influenced my own education.

It also makes me ask myself a question I've begun to ponder in the last few months: what is it that will be my own research focus (or, dare I say research obsession)?  In some ways, the MArch degree doesn't really prepare you to give a good answer until our very last year (or half year) of thesis, although research through design methods is hopefully what we'll leave with - or at least, what I'm determined to leave with.
Posted by eLG @ 23:41